Life in Between Adventures

Wow June already! How can that be? Anyway, now that my big trip recaps are done, I can move on to "real life."
This half of the year has gone by so fast! And so much amongst nothingness has happened...
For weeks and weeks after the trip I felt like all I was doing was playing catch up with life that kept going on in town as I was, well, not in town. But at the same time it's almost as if all my mad scrambling made my perception of time stand still, February 6 was my January 1st ,so I kept thinking I had more time to do things or that it was earlier in the year than it actually was. I kinda still feel that way, especially with the crazy weather we've been having. Weather up until May 31 was very early April, cold and wet, not May at all! Which only helped reinforced my non-calendar perception of time and whenever I look at the "label" of the month I still freak out.
After realizing how much time I had "less," I started getting this feeling that lasted a long time, like I was floundering. I had taken time off school, I am in between galleries, I have no real social life at the moment, I haven't created much for my stores and I'm even behind on my reading challenge, granted that is because I couldn't do a lot of these things while traveling but still, floundering!
But then it recently dawn on me, all that external "nothingness," or rather, stillness was because I needed that time to myself because a lot of things were happening inside. When life is too crazy we barely give ourselves permission to stop and process all of our emotions. Sometimes we think we're ok or make ourselves believe we've grieved a loss enough and try to move on without truly processing. We fill our calendars and planners and are always looking at tomorrow but we're hardly ever in the today. Living in the present moment was one of the biggest lessons I got from my whole cancer experience and I cannot afford to forget those valuable lessons.
Most of the times when we don't have time to decompress, process, learn and seriously look inside ourselves at what is working and what isn't, it comes back to bite us in the butt. After all, about 90% of all physical ailments are emotional.
So sometimes floundering and being a hermit is more than ok. Sometimes it is necessary to go back to those times when we answered "nothing" to the question "what are you doing?" and actually meant it. 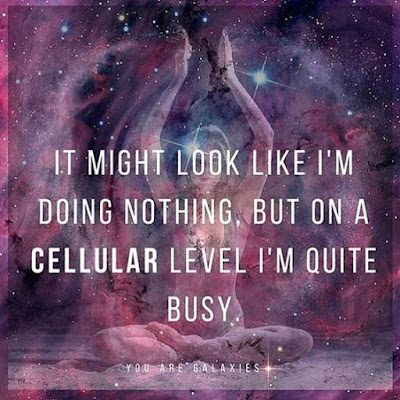 My time of doing nothing matched perfectly with the season and it is a beautiful energetic synchronicity. With the Winter solstice our energies shift from outward to inward, it is the time to "hibernate," take it slow, be by ourselves and look into our shadow self so we can heal it and let the Light of Spring in! Half of this energetic time I spent on a long crazy fun adventure, which makes sense that the Universe will then make up for it by making it stretch into Spring, especially since it's been a very cold, gray Spring. The outside world always reflects our inside one. 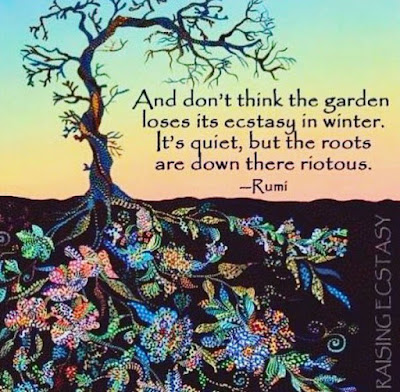 My biggest call of attention that I should be focusing inwards was by developing some weird pox-looking hives we couldn't figure out the reason for. But that forced me to look at my whole  emotional and energetic state at the time. Hives among other things develop out of an abandonment-anxiety or a feeling of being treated poorly and unjustly that is not corrected because of a fear of loss. Perfectly enough the first hives developed right on my birthday. How amazing is that? A new cycle of existence was starting and my own body did not permit me to drag stuff from the past into it, it forced me to look into things, bring them to the Light and start healing from the source even though it was a couple months of hard work and a maddening itch. One of the biggest things the hives, along with other minor health symptoms I've had throughout these months, have helped me find, was a very painful relationship that was/is still hurting me. I thought I had mourned it years ago but turns out I just got used to living with the pain, digging deep enough I found I'm still as hurt as I was the first day, so I've been working on healing all those aspects of myself. Allergies were also very present during these times and those are usually a manifestation of some suppressed grief, so I've been working on letting those feelings out, of actually feeling these waves of emotions and rolling with it as well as cleansing and detoxing both physically and energetically. Things we keep in the shadows for long were there for a reason and making sure we are taking care of ourselves as they are dredged up it's super important to make sure they don't get re-stuck on our systems. 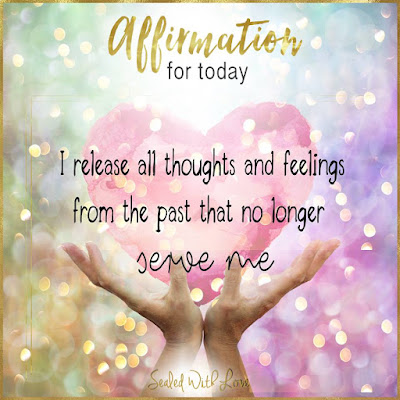 Throughout this process I  also got more clarity on what I want out of friendships, out of school and even out of my e-stores.
I've been learning to talk more clearly with the Universe to co-create the things I really want, I've been learning to reshape my words to always attract and leave positivity, though that one is more of a challenge, I've been learning to communicate better with my body and practice self love, which is extremely hard for me, and I've been learning to enjoy the nothingness.
When people ask you what you do and you don't immediately answer with school or a job, preferably one you don't like, people always say "oh so you don't do anything," and you know what? Even if that was the case, then good for you! There's nothing wrong with not doing anything and letting the Universe and the Light fill you up and take care of you, but working on yourself, trying to raise your vibration, making yourself healthier and therefore bringing all those close to you higher on the vibrational scale along with you is a full time job, it requires a lot on your part and it is a lot of the times a lot more important than being in sync with the system... 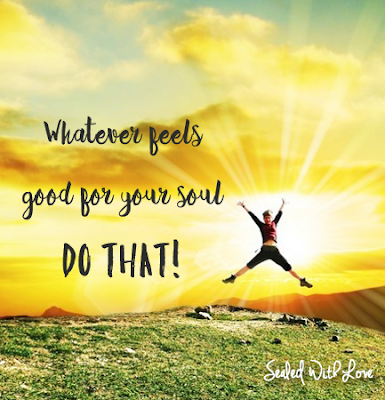 Another thing I got clarity on was where I want my art to go, I got a new gallery offer (more on that later) but more importantly as I floundered and drifted I found several photo contests I applied to, a couple with the WWF and Nat Geo and doing this not only helped me practice opening up to receiving abundance but also clicked with a part of me that had been ignored for the longest time. When I was little I used to draw cards and "buttons" with animals on them and sell them out of my garage to people passing by to be able to donate to the WWF, Greenpeace and other legit organizations that are helping animals. Conservation is HUGE to me and I kinda put it on the back burner to pursue a more "selfish" art for years. Which is ok, everything has a reason and a purpose but now I'm ready to return to my entrepreneurial 5 year old. I have some good ideas I hope to put into practice on the second half of the year to work more with and for endangered species and help animals closer to home as well 😃
I'm so excited about it, because I've long felt that usually what we dreamt of as little kids holds the truth to what we should be doing always 😉

Lastly, here's a nice full-circle story and big news I'm leaving you with. When I first moved into the apartment I'm at now, I had a very good friend that was perfect for me. She is older so she was able to help me with adult things like grocery shopping, cleaning, etc. But not that much older that she didn't want to play with me. So when my mom wasn't in town, I always had someone around I could trust and she became my unofficial roommate as she spent 4 out of 7 days in my place at some point. We had the best of times, and she got to see the apartment in its early days. After she graduated college she moved away and we slowly lost touch, we saw each other twice in some years I can't even count with my lack of time awareness. We still had each other's numbers and would text to say hi every few months but we didn't seem to connect beyond that. When I got cancer she offered to come see me before the holidays but my mom was so overwhelmed with family coming and chemo appointments, etc. that we asked her if she could postpone her visit 'till January 2015. She couldn't make it then and stuff kept getting in the way until this February. We reconnected when I went to see her in Pittsburgh on the January-February road trip and we realized we have even more in common now than before!
And a couple weeks after my visit to her town she told me she would be visiting me to celebrate my birthday for a week! It was awesome, it's like time hadn't passed at all and we had the best of times again. And talking with her in my living room like old times, it clicked. It all made sense, the Universe kept throwing stuff in our way because it wasn't the time for her to come, she came when things became full circle. I moved here with her constant presence and support and now that I'm moving out she came to close this particular cycle of my life. My social life and the most insightful times in this apartment started and now ended with her 💜
So I'm moving!!! It's so bittersweet, things with the building's current managing company are horrible and we cannot keep living with them and I have also overgrown the space, but this is the place I've lived the longest in my entire life and I loooooove it. I do understand it is perfect timing though, that the Universe has allowed me all this time to flounder, introspect, let go of old wounds and people that no longer resonate, to release old baggage and come full circle to say goodbye in the best possible note to home so I can start fresh in a new place! 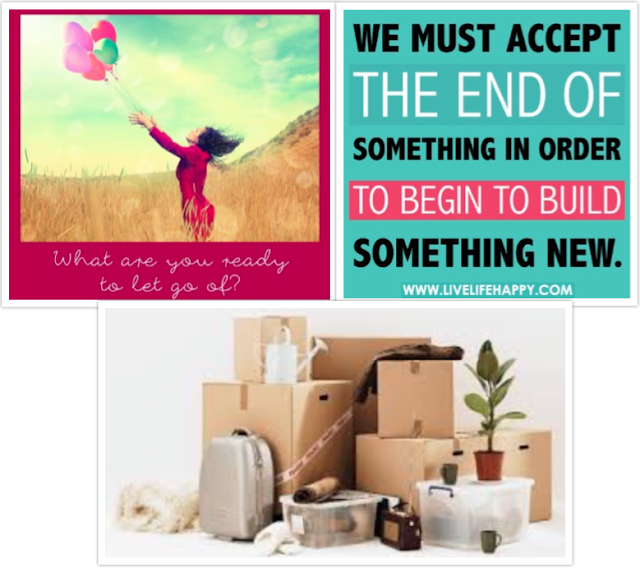 On to bigger and better things! A new chapter is coming and the calm before the storm is about to be over! Haha. I'm planing to continue living in Salem, I refuse to let my zip-code go unless I'm moving out of New England, I love my town and I want to continue to be a part of Witch City! But while the place I have in mind becomes available, I'm living in the moment and open to the millions of wondrous possibilities and probabilities the Universe has planned for me! 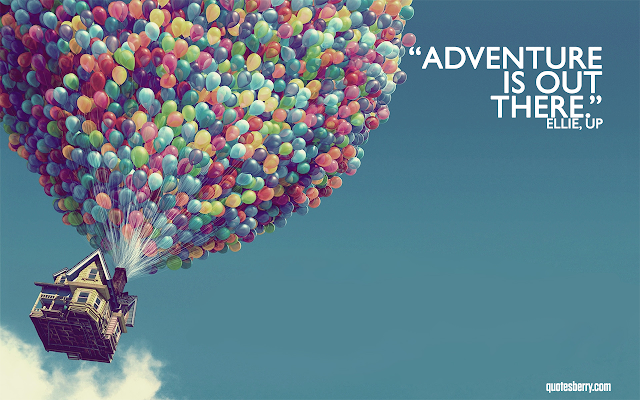 * I'm redirecting all my mail to my mom's just to be safe during this transition period. So if you're reading this and you're a pen pal then get at me on social media for the new address 🙂
Posted by colibree_photogrart at 9:00 AM