Happy Winter Holidays (On the Road) 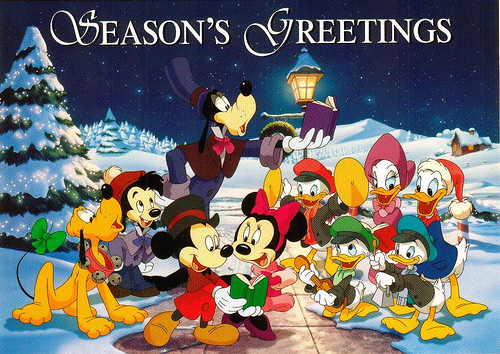 No matter what you celebrate, I hope that you are having a beautiful season and last week of the year!
This year I had to celebrate Solstice on the 18, partly because I couldn't find a celebration happening on the actual Solstice and partly because I was so busy getting ready for this trip, (I'm on my second day of road trip down south!) 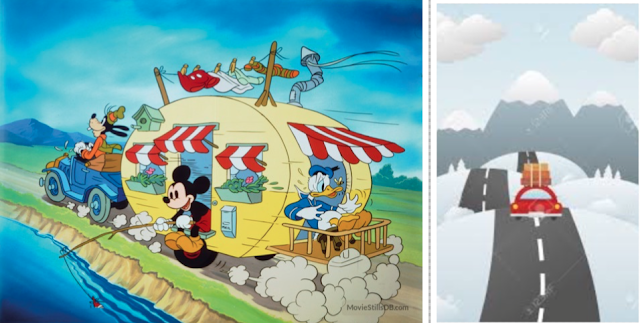 Even though Halloween has always been my absolute favorite holiday, (when I was little I used to dream of growing up to design casual outfits for the entire month, because I assumed everyone wanted to be dressed in Halloweeny apparel all month without the burden of a costume at all times lol,) Winter Solstice has always been very important to me.
The Holiday season seems so magical, even if energetically it is less so that Halloween, people's mindsets shift and you can feel that in the air. I loved the Holiday season as a littler kid because I always felt like ghosts and badness could not get into the houses as long as you had the Xmas lights on, in my mind ghosts don't like all that cheeriness, nor Santa haha. I still love how the world feels safer during this time.

I've never celebrated Xmas religiously. But I've always loved the Pagan side of it. The tree, the holy and mistletoe decorations, the lights, the gifts and Santa!! All these are always so wonderful and magical and available to all because they have nothing to do with Christianity or any modern religion.

Winter Solstice is such a sacred time; as we experience the darkest day of the year, and get together to welcome the Light again, we acknowledge and thank the darkest parts of ourselves. The darkness brings a slower time of introspection, to sit with our own darkness, thank it and accept is so we can let it go into the Light. Things that have always been there surface for us to akckoledge them and heal them when the time is right, without this darkness there would be no growth just as it is in Nature.
This year I got to celebrate Solstice with one of my favorite persons and we went to an open Wiccan Circe in Rockport, (which is a beautiful town and looked even better with all the seasonal decorations) and in a sacred space by the fire and next to the ocean we got to raise energy for the World and the Universe, and welcomed the new Light into our lives :) 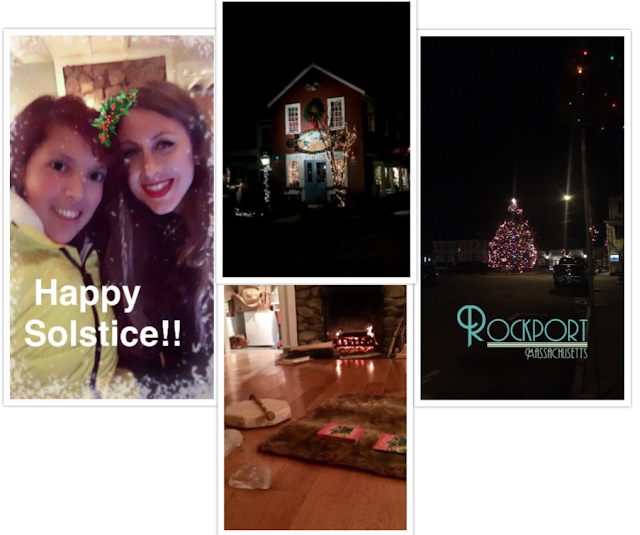 Christmas, despite the religious meaning people put into it and whatever extra rituals it follows that I may not know about, is most popular for the Pagan traditions it follows. When Nature seems to be dead, we bring an evergreen into our homes to honor the abundance of mother earth, and remind us that there is still hope and life persists, green is the symbolic color of life that will come back again with the Light. We use holy and mistletoe because they have always been considered sacred plants that are still used to this day for different medicines, physical and spiritual by some Native American groups and they guard against negativity. And all those fairy lights we decorate with shine on us when the Sun doesn't. Much like Solstice, there is a very strong significance between Light and Darkness in our Xmas traditions, because even though it's the darkest time of the year, these tiny lights shine brighter and look prettier when it's pitch black out. The dinner tradition is to share with our families and "clan members" the bounty that harvest brought and to sing and celebrate by the fire all that Earth has given us throughout the year until the darkness has passed and the Sun is "born again." And we also have the beautiful magic of Santa Clause, which even though it started with a real person in Nordic Europe, I do believe the jolly guy in a red suit does exist now a days as we all know him. Millions of kids believing in one thing every year and the collective unconscious do materialize something magical, even if it's only in the form of a spirit of wonder and generosity grown-ups rarely have otherwise. 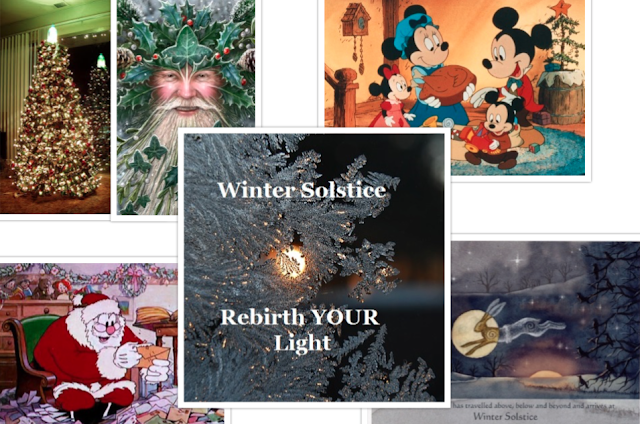 Despite religion, these traditions are ancestral and very special in their own way. Whatever else you celebrate religiously during the holidays that's a different matter, but most of the rites we follow to these day are beautifully Pagan. And despite the extreme commercialization of the one holiday over all others this season, and the fact that a lot of people break away from any spirituality this time and focus only on material goods and alcohol, we can shift our perspectives and realize most people are breaking away from their mundane lives into a happier, more generous, more peaceful states of mind and all that energy combined does raise the entire planet's vibration. 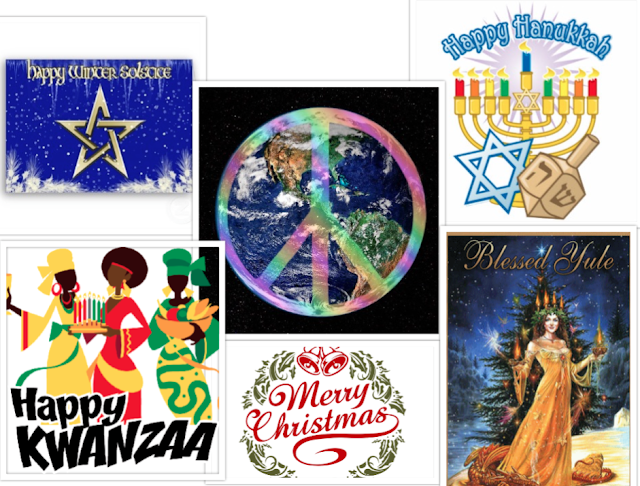 So whatever you celebrate, hope you are enjoying the season and you take on some of the qualities you like the best abut this time of the year and carry them over throughout 2017. 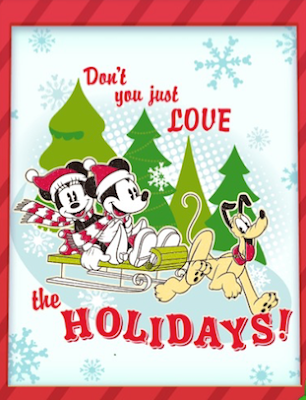 Love and Light to all <3
Posted by colibree_photogrart at 8:00 AM No comments:

A Very Belated November's Inside the Theme

The end of the year is a very busy season and the ladies running the IGGPPC seem to have their hands full, so there haven't been any Inside the Theme "official" questions posted for November and December, usually I would just skip the theme, especially with everything I have on my plate, but November's Theme was all about Disney!! I was very excited for November and kept waiting and waiting to participate as much as possible, but not a lot happened and the few things they did have, I couldn't make them work with my schedule. However, I couldn't pass the chance to write about Disney!! Even if it's not part of the official thread and it's a month behind.
Each month, the community has the usual Inside the Theme blog posts where everyone answers the same questions and on twitter they ask other related questions every Wednesday and Friday. So I went on Hose Quinn's twitter feed to hunt for these "extra" questions so I'd have something to share with you, and here they are :D

Who is your favorite Disney character?
Well, most of these questions are very hard, as how can I choose just one?! But Donald Duck is my number 1! Tinkerbell and Ariel are tied for a very close second place but almost everyone else is very close after <3 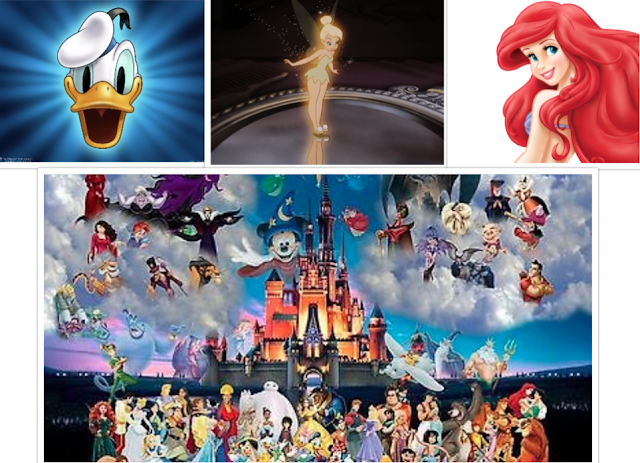 Have you ever been to a Disney theme park,  or do you have plans to go to one?
I grew up pretty much in the Florida parks. As a matter of fact, the Disney parks are all that's left of my childhood home. The house and school I grew up in are gone and my family and friends have scattered, so Disneyworld is home to me. I also grew up going to Disneyland in California about every two years and I still do especially for the D23 events, and I've also been a couple time to Disneyland Paris. My plans to go to Disney Tokyo got thwarted by cancer a couple years ago but all Asian Disney parks are somewhere in my near future :D 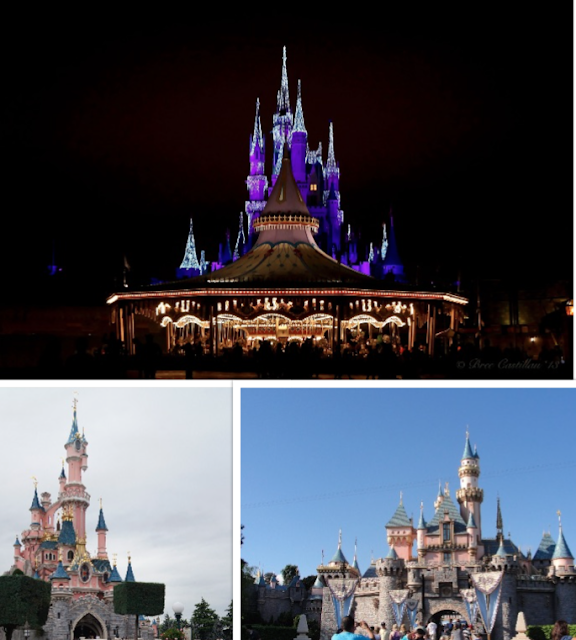 What is your favorite Disney Movie?
The Lion King will always be number one. but Brother Bear, Lilo and Stitch, The Little Mermaid, Beauty and the Beast, Alice in Wonderland, Ratatouille, Princess and the Frog and now Moana are not far behind! Have you all seen Moana by now? It's SO good! It totally restored my faith in Disney. After all the commercialization they have given themselves to, the bad animation even with classics like Mickey and friends (heart break emoji here,) and all the invasion of Star Wars and Marvel that do not share the same values Walt created, I was getting really scared for the future, because who am I without Disney? But Moana made everything better and my identity crisis is over :P If you haven't seen it, what are you waiting for? It's so good you can almost forget it's CGI, it feels almost as magical as real hand-drawn animation <3

What is your least favorite Disney Movie?
It's so hard to admit to not liking a Disney movie that much, and it has just happened twice ever! The first was Valiant because it didn't hold up to Disney standards and even they have been very good at hiding that icky bit of history, we all make mistakes after all right? And the second time was The Good Dinosaur, again the animation isn't up to parr, it looks more like a Dreamworks film which is not the quality I expect from Disney and the story is pretty much a rip-off from the Lion King with some twists like the annoying human kid. It was very disappointing :(

Is there a Disney cosplay you've loved or would love to do?
I'm not great at full-on cosplays. I've done young animated Maleficent and Evil Queen though and both times was a lot of fun. I've also done the way more casual closet-cosplay version of Donald, Kim Possible, Minnie, Figment, Anna, Olaf and Ariel. I would love to do Tink and Aurora in the pink dress but I look terrible as a blond! :-/ 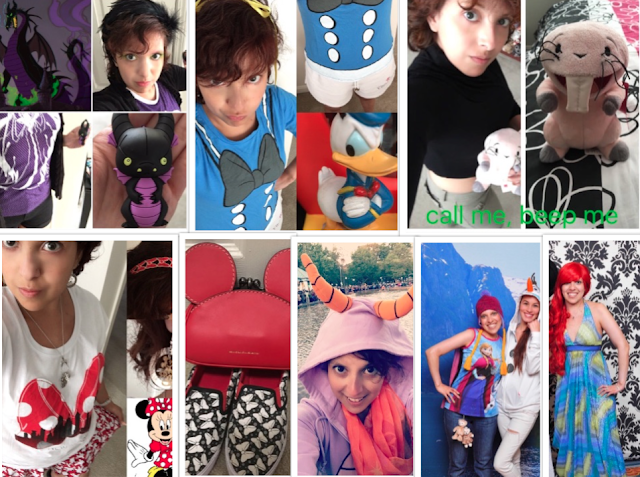 Which Disney Movie did you learn the most from?
All of them! I grew up only on Disney for a very long time, I keep discovering things that were clearly hidden in my subconscious mind, coloring the way I see and react to life. I apparently even learnt to dance from Disney characters. Voice inflections, drawing style, adventure sense and what that looks like, a need for animal sidekicks and looking for guidance from my ancestors, talking to the Ocean, believing in magic... As mentioned before, I am all Disney, my identity is completely intertwined with the world Walt created <3 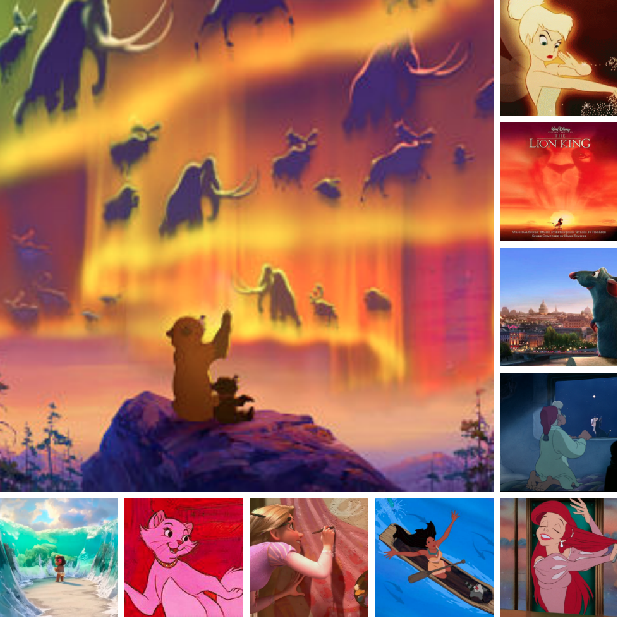 Posted by colibree_photogrart at 10:57 PM No comments: