2014 The Year of the Cancer Blessing

There’s been a lot of buzz to eff cancer lately, and I just wanted to tell you as someone who has just gone through it that focusing on the negativity of it doesn’t help. Yes it’s absolutely horrible to lose someone to it, but it’s no less painful than losing them to any other illness, and for those of us who survive it, it makes us better versions of ourselves.

I’m finally in remission, but it’s just been a few months, I still have some side effects from chemo, super short hair and a port under my skin connected to my heart, bad case of Reynaud's, etc. And despite all of these things I still consider cancer a huge blessing in disguise.

Now, I’ve talked to some people that weren’t there to physically see me through the worst of it and apparently my attitude led them to believe I was not that sick. So let me tell you as quickly as possible what I had to go through:
A year of uncertainty as all of my results came back inconclusive but I was weaker and weaker and eventually couldn’t breathe, or eat. A Lupus misdiagnosis that got us off to the wrong track, kidney and liver failure, an immune system collapse and lung and heart problems. In October 2014 I ended up in the ER in need of several transfusions because without them they estimated I only had two days to live. The hardest part was to choose to stay on the planet and looking at my mom’s face as she processed the news.
After that, I had to spend some days in the ICU with more transfusions and invasive tests that led to horrible night terrors, as I’ve always been terrified of doctors and hospitals, and whatever poisons they were pumping through the always painful IV were just making me feel gross.
At this point I had different specialists all fighting for a diagnosis of either anorexia (as if I couldn’t be aware of that on my own,) or lung cancer, metastasized (I had a terrible cough that would not let me alone for 5mins and no one was doing anything to make it stop.) As soon as I could, I left the ICU and looked for a second opinion, but for this I had to get a biopsy. This too ended up being a bigger deal than it was supposed to. They poked and prodded me to no end before the actual biopsy, I still wish I could faint from pain, the scars in my arms from that day over a year ago are still visible. And then the "minor" outpatient procedure ended up being a surgery that took an “ice-cream scoop” out of the back of my neck and I had to stay at the hospital because my body did not withstand the surgery and needed more transfusions. I had about 10 in total.
By the end of all this we finally found I had stage 4 Lymphoma. It had spread everywhere including my blood, the worse of it was around my lungs which is why I couldn’t breathe or stop coughing, they didn’t think I would make it over three weeks.
To my horror chemo was the only option.
If you know me, you know I hesitate to even take pain-killers, I don’t do allopathy. I always try to remain clean and natural. I don’t drink or smoke or do any substances, I’m vegan and eat only organic foods and before I got sick, I was doing yoga and cardio. The news took everyone by surprise because on top of my lifestyle there is absolutely no cancer history in my family. What are the odds?
At this point I had already made the decision, thanks to my family, to not take this exit out of this lifetime and see things through, so I had to take chemo, as that was my only (50%) chance.The treatment for my type and stage of cancer was the most toxic possible and they had to put in a port to pump the thing right into my heart as it would literally erode my veins otherwise (yuck!!) I was so weak at this point that the mini-surgery they did to connect it to my heart made me code. I had to spend a few more days at the hospital before my first round...
Chemo was much worse than the year of (unknown) cancer was. It still seems absurd to me that the treatment is worse than the illness, it just kills you slower, which is what doctors are betting on, the cancer dying before you die of poison intake.
I was one of the unlucky few to gain chemo weight, which is a pain to lose (I’m still struggling.) My fingernails kept growing but they became black and would curl on their ends like a taco, I lost all my hair which was brutal, that was my super power, lost my eyelashes and eyebrows, my skin turned a dark inhuman color, no words to describe it, but it wasn’t natural, I always felt dirty on the inside, like I had betrayed myself, I got a chemo-induced arthritis, even though on the good days I could go out and have fun I was always at least on a level 4 of pain, I still had nigh sweats, my muscles were always sore and right after the "infusion," I would need to sleep for 48 hrs straight. And by the last round I was so sick just from chemo, that I almost did die as the doctors warned. I was sick for a month, my body couldn’t even generate basic heat or move on its own. It was awful.
I’m very thankful we live in a time when cancer isn’t alway a death sentence, but I still don’t recommend chemo at all. In my opinion if there’s any other way at all, or the chances of surviving the chemo are less than 50% it’s not worth it. And if there’s no other option then know that whatever weird symptoms you get, you’re not alone, reach out to people that have been there. My doctor was sometimes very insensitive in telling me what symptoms were not “normal” for chemo but each body is different, and each life lesson presents itself in a unique way to every one. Don’t let anyone make you feel misunderstood or alone, there’s enough on your plate to deal with!

But after telling you all the awful parts you might wonder where’s the blessing in all this?
Well for starters, it gave me back my family. Uncles and cousins that I hadn’t talked to or seen in years came to my mom’s aid and it was beautiful! That sense of connectedness that you only get from your soul family was back, and they were there to give us moral and physical strength as well as show incredible generosity that I’ll never be able to repay.
It also filtered out the people in my life who shouldn’t be in it anymore. I got an amazing support-network through the friends that stayed and some new ones that just stepped in, and even though I was worried about some of them disappearing, I ended up with the same number of friends I had before, but this time surrounded with a lot more positive beautiful souls that proved to be real friends.
Some life perspectives have changed, going through this you gain more compassion and as an artist I see my art evolving to reflect more Light.
I’m more in touch with nature and the simple pleasures in life that I used to take for granted. It’s like everything’s the same just on a HD screen now ;) I didn't change, my path didn't change, it wasn't a second chance, it was just a fast forward button on my perpetual evolution. An enhancer.
Cancer was a catalyst for an amazing year of re-connections to people I hadn’t been able to see in a while and of me exploring the world! 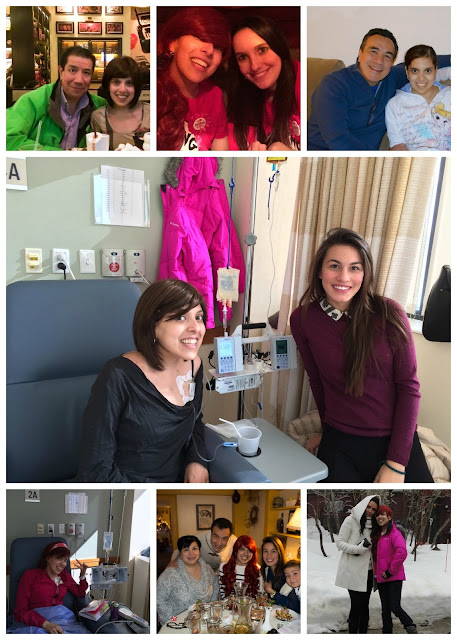 (Wigs became my best friends)
Thanks to the generosity of my family and unexpected surprises from the universe, I got to go to Northern Europe, Disneyland and Hawaii this year to celebrate I was alive! And none of the trips would have happened all in one year and with the people I went with if I hadn’t gotten sick.

Also, my lack of physical strength led me to look for other ways to socialize, so I became part of a pen pal community that do way more than just write letters(IGGPPC). They not only helped me feel connected but found me a very dear friend and gave me some little wellness, physical and artsy challenges that got the ball rolling for me to get back into life. And now I’m officially a first year student for Counseling and Herb Medicine and Art through a non-traditional school. I wouldn’t have landed here without the journey I took. I owe my mom and uncles my life, they kept my spirits high and the medical bills at bay lol. A million thank-yous will never be enough but I’m also thankful for the big “C” experience. Cancer to me was the cocoon for the caterpillar to turn into a butterfly...

I will not deny how painful it is to see your loved ones worried over you, that was the hardest part of all, or how defeating it is when you need someone to lift you up to your pillow because your body won’t respond anymore and you can’t sit up on your own. Cancer is hard but living in fear or hate, giving in to its negativity won’t help the patient or the family. Life is a choice, not everything’s bad. While I was sick I still managed to go to DisneyWorld twice, to a Broadway show and stand on the stage of the New Amsterdam theater and to a concert with my bff, my body didn’t appreciate it much, but my soul did. Choose to heal yourself by doing what makes your heart happy. Mental and emotional health are at least half the battle! 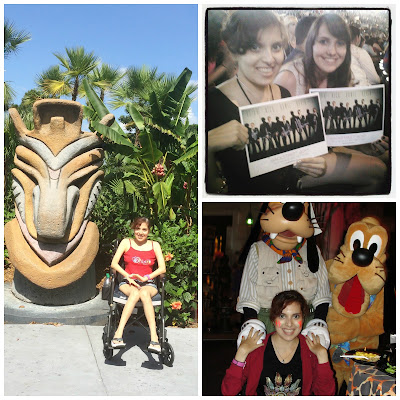 So instead of raising a middle finger to cancer lets be thankful for our health, for the life lessons or for the release from pain for those whose time was up. Share your stories of hope, help the patients smile, be compassionate and kind, embrace the light it can bring rather than focus on the dark!

And please read Nalie.ca for more cancer surviving posts. She’s supper positive and helped inspire me while I was still on treatment. As for me, hopefully I’ll have the port removed in April and I can be done for good with this particular lesson ;)

Love and Light to all <3 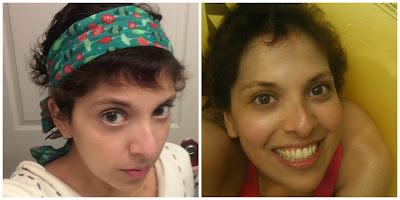 How I look some months after chemo. No more wigs!

Posted by colibree_photogrart at 10:42 PM