Hello all! I can't believe it's been this long since I posted anything and I apologize for my absence.
The past year and half has been filled with hard lessons that have kept me away.

I almost feel as if I should introduce myself again, or maybe not myself as I am the same 5-15 yr old bookish, Disney-loving child, only with a few more scars, but introduce where I'm at. Suffice it to say that I really struggled during the second half of 2017 only to move on to 2018 and have to fight for my life.

After having an amazing first half of 2017 full of travel and adventures, the first ones having their own posts here on my blog, followed by Disneyland, a short east coast rod trip and Disneyworld during the summer, I came back home to vacate my beloved apartment in Salem and selling my car 😢 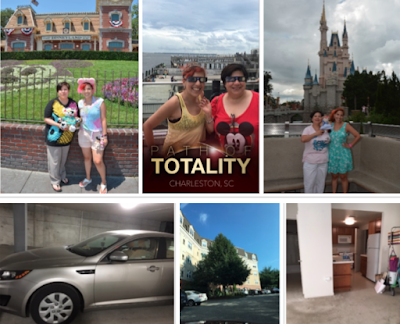 Those Fall and Winter months of 2017 were really tough, forcing me to "adult" by having to work freelance everyday which was literally killing my soul, I felt sicker and sicker each day. And to make matters worst that December my grandpa, a very beloved and influential person in my life, died.
That is not to say that I didn't learn anything during the months of struggle or that hidden blessings didn't happen. One huge blessing, the last one from Grampy was getting almost the entire family together at the same place and time for the first time in many years and having the time to talk things through and repair relationships. I'm convinced you always have to look for those hidden blessings in every situation to help you learn the lesson the "bad times" bring. 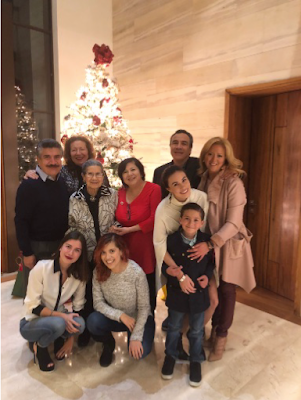 In February 2018 it was confirmed that my cancer was back, and this time with a vengeance. Lymphoma, Stage 4 spread to my lungs and liver.
I spent every day from February to September trying every alternative and holistic, natural treatment available to me, some with more effect than others but still none that would kill the cancer. Some seemed to slow it down and I'm sure some helped keep me alive long enough but unfortunately my body was so ravaged by the cancer nothing natural was able to kill it.
Slowly but surely every day I lost more and more of myself, from the ability to go on adventures and produce art to the ability to even go to the bathroom on my own.
By September 9 2018 I was so weak, filled with edema and my lungs were so unable to pull in enough air that I ended up in the ER. A couple of hours after arriving I felt my respiratory system stop and I lost all consciousness, thinking I was dead. I was transferred to the ICU that same night and I've been told medical staff didn't think I was gonna make it through the night. I thankfully and obviously did survive but I spent two months in the hospital with all sorts of tubes coming out of my body, enduring all sorts of physical and psychological torture. I spent the first two weeks in a sort of comma, the rest of the time I had what they call "hospitalarian delirium" and that kicked into gear the worst anxiety ever. By the end of my hospital stay I was cleared for outpatient treatment except for my mental health issues. 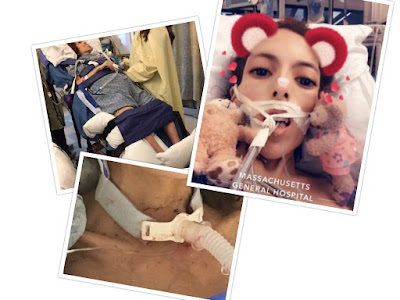 The Doctors assumed and tried preparing my mom, who never for a second left my side, for a really long hospital stay, warning her to forget about holidays and maybe 2019. I thankfully beat the odds and even though I did miss Halloween I was home in time for Thanksgiving which I was lucky enough to spend not only with my mom but with family as well.

I'm still fighting, I'm definitely not out of the woods yet. But I went from not being able to even move my head from side to side on my own in bed, to walking and doing almost everything on my own and normal again! I just had a treatment change to a more aggressive one since my last scan still showed a lot of active cancer and I'm suffering from side effects now more than from the cancer itself, but we're keeping positive and hopeful that this treatment, despite having a risk of having me in the hospital again for two weeks at the end, might cure me for Spring!

So 2018 was really hard, and I'm still trying to understand the lesson so this doesn't happen again. If you read my first cancer post on this blog you'll see how I thought I had learned everything I needed to put this behind me. Clearly I missed something important as not only did the lesson come back, it did so a lot harder to get my attention. I'm not gonna lie, I'm struggling to understand what it is I need to learn from all this pain, since I have no threshold for pain whatsoever and I have a terrible fear of hospitals and now I'm stuck in a situation where I get stabbed, poisoned and scared every week. But while I try to understand what all of this is teaching me I'm holding on to all the blessings this situation created.

For starters I got to learn a lot about alternative treatments and I experienced them first hand so I can be of help to others looking at that path. Actually, my first huge blessing is my mom and how not only has she not left my side throughout all of this, but how she has fought for me when I was unconscious so no one would torture me beyond what was the most absolutely necessary.

Before I was in the hospital throughout the year I received the most magnificent amount of letters from the iggles at Geek Girl Pen Pals. Some from my pen pals a lot from others that just wanted to send good wishes. The amount of support I received from the iggle community was overwhelming and I'm forever grateful for their generosity and good will. They were days when a happy letter was all the kept me going. So thank you, thank you, thank you!

Another huge blessing was having friends and family come to our rescue, especially my mom's. I saw a side of my best guy friend I had never seen before, it was the side I had always dreamed of but thought didn't exist ❤️. He made his week here all about getting me better and we managed to have fun despite my weakness. 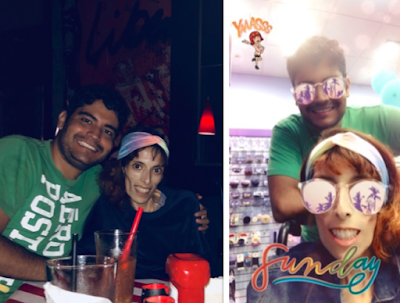 My best friend from HS stayed here for 3 weeks helping my mom with everything, which was a huge relief and so good for me and our friendship as we drew closer during everything I went through at the hospital. And family members that had never come before up north came to help my mom out while I was at the hospital. And last but maybe as important as my mom, one of my uncles has been the most generous soul ever, showering me with gifts and taking care of both me and my mom, coming every month of 2018 to make sure we had all that we needed. He and my mom have been my biggest angels on Earth. 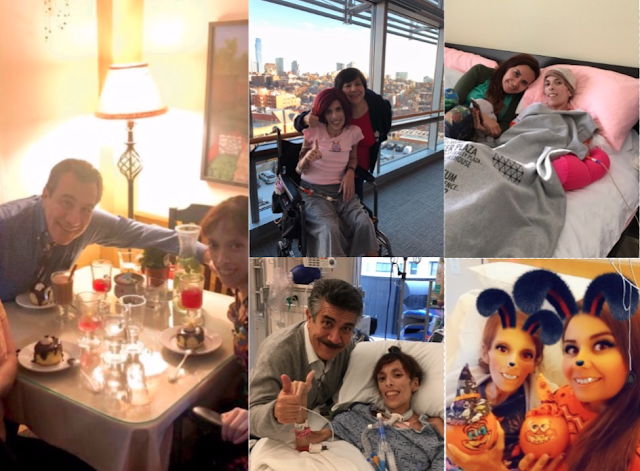 Also the amount of people know and unknown that had send prayers, good wishes, pixie dust, good vibes, etc our way has been overwhelming and I cannot be grateful enough to each of you that has sent a letter or a prayer. Thank you will never be enough but know that my hear swells in gratefulness and love for each and every one of you.

I hope I can update you more often while I still walk this path and learn the lesson. And hopefully I can soon be back on track on fun adventures to fuel my art and produce new images. In the meantime you might see more experimental, digital art and sketches as well as new editions to old photos on my insta. Just trying to get ready for when my life happens through the travels that shape me.

Love and Light to all.

Posted by colibree_photogrart at 4:30 PM