Everyone knows I’m a huge Disney fan and I find all answers to life in Walt’s quotes and Disney movies, but I have to say, I failed as a fan growing up because Pocahontas was never one of my favorite movies. I just didn’t think the story was as fun as all the others. (although who didn’t love these three guys? hehe) 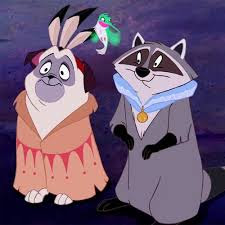 Now that I’ve embarked on a more serious Spiritual training to become a better me and hopefully help others through my journey however, I understand the sageness in Pocahontas’ words and especially in her song, Colors of the Wind. Has anybody REALLY listened to the lyrics lately? They ring so true and are full of wise advice (I know the movie does not reflect the “real” historical Pocahontas, but that’s not what this is about so please, if you’re a history buff try to look past it and focus on just the animated version.) 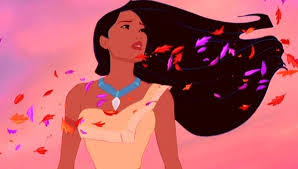 As a younger kid I never doubted that “every rock and tree and creature, has a life, has a spirit, has a name,” it just made sense, since my stuffed animals have always been alive and I easily make friends with animals and flowers! But I never stopped to put more thought into it than that. Until now.

As an exercise in school last month, they made us go out in nature and find a good-size rock that felt “right” to us. We were told to take this rock home and talk to it everyday until it talked back. Now I know this sounds insane for those of you who aren’t five but bare with me. I’m still five so I thought it was fun (didn’t tell any of my more grown up friends though.) The point of the exercise was to get us into a different mindset from the one society has taught us, one in which our imagination is free to soar without judgement. A mindset of respect for Nature and one that helps us stay in the present and be more observant. Now whether you can believe the rock talked back or not is up to you, but once you’re willing to forget about what society deems "normal" and sit around with a rock you start to notice things. My rock was able to convey its story just by being the focus of my attention. It told me it came from the river, it still has water marks and smells deeply of earth and dampness. It is also a very old rock used as a tool by natives because, even though it has been smoothed by time and erosion, it still has a vague cone-like shape and has indentations that are the perfect size for fingers. It was most likely used to ground corn or other grains. And yeah I had it checked by a Native American Medicine man so I didn't just jump to conclusions, how awesome is that?! I was also told by this man that rocks are considered the record keepers of the Earth, so just by following a super simple exercise I learnt something about another culture. How many more mysteries could we unlock if we just retrained our minds to sit still and unplug every once in a while without judging each other for being "weird?" 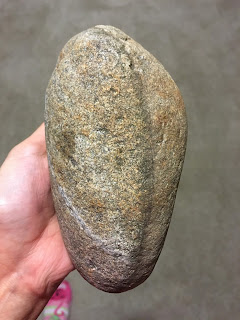 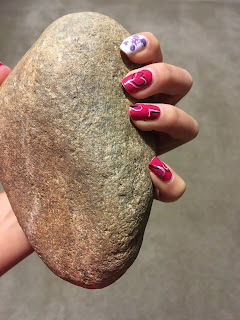 Acknowledging the Spirit presence around us can truly open doors to things you didn’t even know could happen. Like who would have ever thought I could have an ancient Native American tool in my living room?!
This concept of connection and the belief that there’s a life-spirit or essence in every single thing in the natural world is the foundation for many native and ancient cultures and it helps create a more balanced coexistence with our planet. Just like Pocahontas said "You can own the Earth and still, all you'll own is earth until you can paint with all the colors of the wind."
If we all learned to adjust our perspective from thinking we are above the Earth and its non-human inhabitants, to recognizing we are all part of an energy balance supported by Earth, then not only could we find harmony a lot easier, but our lives would be so much more enriched by the simplest experiences! So in my opinion, Pocahontas was right and it took me all this time to really get it... just something to think about.
And if you want to read about someone else's experience with the natural world, read Elizabeth Harper's post about her connection to trees. At least you'll see I'm not the only one thinking about these things lately and she's a lot more eloquent than I am, hehe.

Love and Light to you all <3 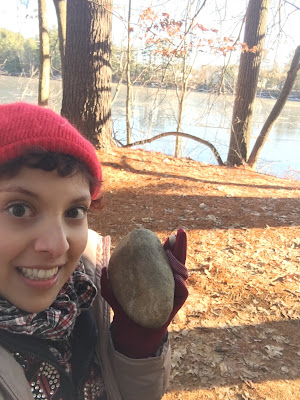 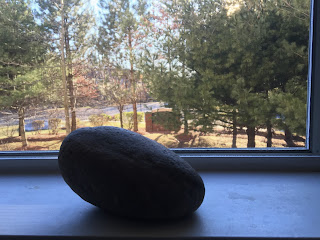 Posted by colibree_photogrart at 8:03 PM